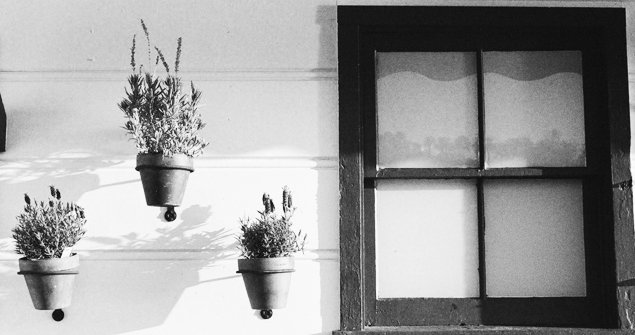 To the best of my knowledge the term, low income, refers to the income of the tenants, or maybe it refers to the rents as being low. Whatever the case, it doesn’t take long for me to discern that it does not refer to the amount of profit being made by the landlord. Owning low-income properties creates a unique opportunity to make big, if not huge, rates of return on your investment on paper.

To actually collect that profit, you have to mitigate the turnover rate, the delinquencies, the eviction costs, and the maintenance and repair costs. That is not as easy as it may seem, but it can be done if you stay on top of the business. And you can’t be afraid to walk on the poor side of town.

These two judges would buy a giant, run-down house that used to be a magnificent mansion, but instead of renting it to one person for $800 per month, they’d section it off into eight, one-bedroom apartments and rent each room for $50 per week. Thus the property would produce $1600 plus per month. (Remember: there are more than four weeks in a month.) Also, let’s not forget, a $10 late fee was added to each week if the rent is not handed over promptly every Friday. These late fees make a considerable difference in the yield. In www.mitchstephen.com this particular situation, let me tell you, everybody—and I do mean everybody—was always late if not downright behind.

That’s where I came into the picture. Drum Roll Please. TA-DA. SUPER MANAGER! Yep, that was me. The lawyers had been busy lawyering, and the rents (or the lack thereof) had gotten way out of hand. I was hired to straighten things out. My job was to kick out the bums, fill the vacancies, collect the rents, enforce the late fees, and keep up with regular maintenance. Did I mention I had no experience at this whatsoever? That didn’t seem to bother the two judges and it dang sure didn’t bother me. I collected more money—cash money—than I’d ever seen in my life. And I collected it on a weekly basis! Once I realized the potential of my job, I was a man possessed. Look out boys, there’s a new landlord in town and he’s taking no prisoners. I was good to the good ones and bad to the bad ones. It didn’t take long to get a reputation. You paid or you were out!

Every now and then, a tenant would ask for an extra day or two with the rent. I’d give them one chance. I wanted to be fair and un- derstanding, but it usually got us screwed. I learned to tell them up front, if they broke their promise one time, I’d never take their word again. Everybody got one chance. They could never call me unfair and know it to be true in their heart of hearts.

What amazed me was that, most of the time, all the apartments shared one common bathroom down the hall. I had to see it to believe it, but it worked as long as I worked it.
The average rate of return on your investment is much higher when you deal in cheaper income-producing properties. Do the math: What has a higher rate of return?

I use a quick formula to size up the potential of an investment. Suddenly the math problems I’d struggled with in high school were making sense.

This is a cash-on-cash calculation that lets me know how long it will take to get the original investment back. This simple formula has been close enough for me to decide to buy or not to buy for most of my career. I just recently purchased my first real estate calculator after ten years of investing, but I think I’m going to return it. I like to keep things real simple. Today, when the cash-on-cash rate of return is around 25%, I start looking at the investment really hard. When the rate of return gets up into the 30% bracket, I start grabbing for my wallet. When the rate of return is into the 40% bracket, or over, I am literally running to the bank. All of that being said, never forget, a super high rate of return could mean that there are hidden problems concerning the property or that there are a lot of moving parts to keeping the cash flowing.

I learned so much about real estate and people while working for those two judges, it was life altering. Just like the days spent starting Mitchell Striping, I was growing a million miles per minute again. Although I wasn’t exactly getting rich in either business, the feeling of personal growth made the work invigorating. Earlier in life, my parents had offered to pay for my college education, and I didn’t get one (my decision). Now I was getting paid to get an education and it was meaningful. I could actually feel my personal growth happening. As far as I was concerned, I could learn more pertinent stuff in a month of hanging around entrepreneurs than I could in four years of math classes, or history classes, or even economics classes. The best education happens in real time and in real life. I made it a point to hang around the thinkers and the doers, the movers and the shakers, and the people who were successful.