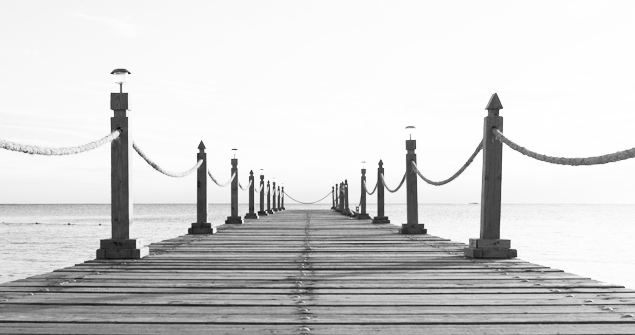 Somewhere between Las Vegas, Nevada, and Bishop, California, I got side tracked it the tiny town of Tonopah, Nevada (probably be- cause I ran out of money in Vegas). I ended up getting a construction job building a state-of-the-art molybdenum mining plant. To get to the job site, I had to go about three or four miles west down the main street of Tonopah, take a right on a newly paved two-lane road, and drive thirty miles down that road with nothing but tumbleweeds and sand for as far as the eye could see. When I finally reached that little black spec on the horizon, I had arrived.

On the right side of the road there was a mining facility and, on the left, there was a KOA Camp with a convenience store. Well, it was almost like a convenience store except that it had fifty concrete shower stalls in the back. The showers were there to accommodate over 2,000 workers living in every conceivable size and shape and make of RV, fifth wheel, camper trailer, and tent you could imag- ine. There were also more long-haired, leather-clad, earring-wear- ing, beard-growing, whisky-drinkin’, dope-smokin’, knife-wielding, tattooed men there than I’d ever seen or hope to see again. Being the red-blooded American boy I was, I decided to stay.

When I showed up to apply for a job on the first day, I got in a line to sign up for work. There were several lines with about fifteen to twenty people in each line. At the front of each line sat rough, husky men wearing hard hats, bossing everyone around and handing out paperwork and orders. I started talking to other guys in line to see what I was in for. I started with the guy in front of me in line.

I didn’t figure I could fake being a welder so I looked over to- wards the line on my left hand side.

ME: Hey man…what line are you standing in? guy To my lefT: This line’s for iron workers. me: What do iron workers do?
GUY TO MY LEFT: We screw together the metal as the building goes up

Now I was absolutely sure I could screw up metal, so I was en- couraged.

I nonchalantly drifted out of the laborers’ line and into the iron workers’ line. When it was my turn to talk to one of the leathernecks, he started asking a bunch of iron worker questions I didn’t know the answers to. Still, I did my best to muddle my way through. With every question, I got deeper and deeper into a hole. Mr. Leatherneck had had just about enough of my non-iron-working B.S. when this scrappy looking, one-eyed guy tapped him on the shoulder and said, “I’ll take him.” Old “Uno” had his head cocked down so that his good eye was looking over the top of his reading glasses and right at me. He eyeballed me up and down, from head to toe, like I was a cow at auction or something. He never cracked a smile. Finally, he pointed towards his truck and told me to wait for him over there. So I hauled my newly appointed, iron-working butt over to my new boss’s truck. Along the way, I waved at the guy I’d met in the Laborer line as they were handing him a broom. He shook his head and pointed his finger at me as if to say, “You son-of –a-gun! I should have done that too.”
My boss said he picked me because he’d seen me switch lines, and he liked my decision-making process. Amazing! I’d escaped detection from everyone else in the building but the guy with one eye caught it! I was more of a gopher for Cyclops than I was an iron worker, but for $15.00 an hour plus overtime, you could call me anything you wanted to—anything but laborer. We worked twelve, fifteen, some- times eighteen hours a day. We worked hard and played hard too. Ev- ery Friday evening, the 2,000-plus construction workers stampeded the 2,000 residents of Tonopah and proceeded to burn that poor town down to the ground. It was like a scene from Kevin Costner’s movie Water World, but instead of being in the middle of the water it was in the middle of the desert—lawlessness run amuck!

I was twenty years old. The legal age in Nevada was twenty-one. That probably kept me out of some trouble, that and the fact that two old timers had taken me under their wings. I have always been blessed in that way. The good Lord usually places me in good compa- ny. Moose was a huge, burly man (as you might suspect by his nick- name), and my boss, One-Eyed George, was lean and mean. They never looked for trouble but when it came-a-knocking, it promptly left when Moose stood up and turned his baseball cap around back- wards. It was a very rough place, and I made it a point to stick close to Moose and One-Eyed George.

During the workweek there was not much to do in camp after work but read. In that little convenience store, I purchased my first Entrepreneur Magazine. The magazine had all kinds of ideas on how to start your own business, but the one that caught my eye was an article about striping parking lots. I must have read that article a dozen times. I started to formulate a plan: Sell my drum set for $750 and purchase a striping machine. I’d exercise that plan sooner than I thought.
I still don’t know how I did it, but three months after I’d arrived in Tonopah, I was packed up and headed back to Texas, tattoo-less! I got home and heard that Moose had fallen from high in the structure and hit his head on one of the steel I-beams on his way down. It messed him up really bad. I thought about going to see him, but his wife said that he didn’t even know who she was and not to waste my time. Still, I regret not going. Today, I do not know where he is or how he is, but I would like to take this opportunity to thank Moose for watching over me back then.

Thank you too, One-Eyed George.

Cash4Houses.NET has been purchasing properties in and about San Antonio, Tx since 1996. It takes commitment and integrity to be in business for 20 years! We are proven and professional. We strive to close your sale quickly and efficiently...and we have the funds to actually BUY your property!
View all posts by Cash4Houses.NET →

Sometimes You Don’t Know How Good You Have It
Doing the work is just half the battle… You have to collect your money.

"Nearly 4 million Americans are more than 60 days behind on their mortgage, and countless others are only a paycheck away from missing a mortgage payment. You're not alone. "  That's why we're here, to help home owners like you when you need it most.

"Quite often investors are willing to pay cash for a home and with the recent tightening of financial restrictions, coupled with the growing number of complaints about low appraisals, having a cash buyer has become even more appealing."