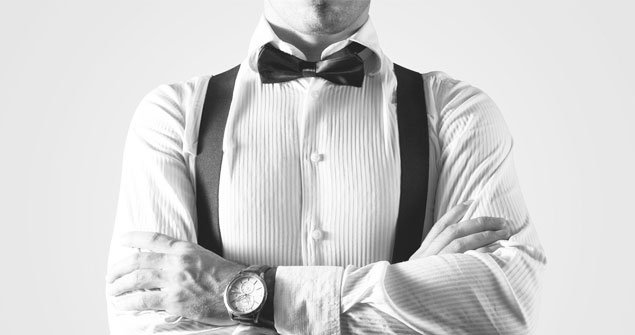 Around 1982, the pace of that twenty-four hour a day business started to take its toll on me. I’d go to sleep at night and wake up two days later, with everyone pissed off at me. I started finding it increasingly difficult to make it through a day without busting into tears (when no one was looking of course). Hey, I played football. My father’s a former Marine. We don’t cry about a dang thing! I didn’t know what was happening to me. I’d quit football, and now I was crying like some baby all the time. What’s next? I stop liking girls? When it came time to cry, which could be anytime, anywhere, and always right out of the blue, there was no holding it back. There was little warning, and within seconds, I’d break like a cheap water balloon on the windshield of an oncoming car, floodgates wide open!

As luck would have it, the bar I worked at wasn’t much different than that of the sitcom Cheers. We had regulars you could set your watch by: The kind of customers who frequented happy hour every day of the week and always arrived at the exact same time,   sat in the exact same spot, and ordered the exact same drink with- out fail! I served this one particular customer everyday for months but never bothered to ask what he did for a living. I was always too busy promoting my own business to worry about what anyone else did for a living. (It’s a character flaw I still have, but I’m working  on it.) I remember bragging to him about sleeping on the sofa for over two days straight without ever getting up to take off my clothes or to use the bathroom. No drugs. No alcohol. I just fell asleep on the sofa watching TV and didn’t wake up for forty-eight hours! Looking back, my customer started asking me questions shortly after that. I thought nothing of it at the time. I guess it was the way he asked. His questioning came off as idle conversation.

“Hey workin’ man, how long did you end up working yesterday?”

“Hey, Mitch, I haven’t seen you for a few days. Did you fall asleep for forty-eight hours again?”

“You‘re looking a little stressed my friend. May I buy you a drink?

Is everything okay with you?”

“Mitch, how long have you been in the striping business?” “What do you do for fun? Do you have some fun?”

“When was the last time you took a day off? Do you ever take a vacation?”

One day I was stuck behind the bar talking to this customer when suddenly the dam started breaking. I couldn’t run anywhere to hide so he caught a glimpse of me starting to crack just before I ducked down below the bar. I stayed down on my knees as if to count liquor bottles or something. Really, I was just crying. I’m sure he could hear me sobbing but at least he couldn’t see me. More importantly, I did not have to see him seeing me. I thought the attentive customer had just been keeping up with me over the months through conversations across the bar, but really he had been diagnosing my condition. I guess my unraveling was the last straw for him.

On my next shift, he arrived as usual before the rush. He placed a rather thick book on the bar in front of him. The manager of the bar approached me shortly thereafter and instructed me to go sit with my customer at an out-of-the-way table while he took over my bartending duties for a while. It was early. Business was slow. I thought it was odd but what the heck.

I sat down at the table with my customer, and he explained that he was a psychologist. For the past ten years, he had been working for the state prison system helping men with life sentences cope with their reality. He went on to explain that he admired both my entrepreneurial spirit and my work ethic, but he was beginning to worry about my health. He asked me how often I cried like the other night. I told him, “Well, at first it was once a month, then later it was twice a month, then once a week and now (I was embarrassed to say and had looked down at the table) almost every day.” A lump grew in my throat as I spoke and I worked hard to choke it down.

He asked me to read a few pages from the book he’d brought in. Highlighted on a page was a list of symptoms I recognized all too well. I don’t know why the revelation struck me so hard. Maybe it was the relief of finding an explanation. Whatever the reason, I could not contain myself for another second. There I sat during happy hour, tears rolling down my face, crying for all I was worth.

Now, finally, I knew what was happening to me. At twenty-two- years of age, I was having a nervous breakdown. I was trying so hard to be successful that I was wearing my poor body plumb out. My will was stronger than my flesh and bones, and even some parts of my mind (like the part that needs sleep). I was pushing so hard, ap- parently too hard, and for way too long. The only symptoms I   had not experienced were black outs or loss of memory. Then again, for the life of me, I cannot remember that good doctor’s name. I hope I bought him a drink afterwards because I now understand that a nervous breakdown can be a lot worse than just tears. So, whoever you are, wherever you are, “Thanks, Doc.”

I still struggle with this problem today. You can only work so much. Sooner or later, if you are going to grow big or bigger, you have to leverage money or human capital or both. If you don’t have balance between work and play, things can go to Hell in a handbasket and fast! I’m not telling you I’m good at it. I simply telling you, I’ve come to know it’s true.

I took a month off. When I tried to come back, I fell into the same routine and, within a week, I was breaking down every day again. Completely drained and desperate for rest, I gave up my half of Mitchell Striping. Letting Jimmy down hurt me, and I was starting to feel like a real loser.

The next few years (1983–1985), with Jimmy at the helm and me back at the bar, Mitchell Striping grossed as much as $1.7 million a year. Shortly after that, my best friend Jimmy died. Dr. Den- ton Cooley, the famous heart transplant surgeon, had given Jimmy a replacement heart but for whatever reason, it just didn’t take after awhile. At the time, he was the youngest active heart transplant patient ever. They said his initial heart problems had nothing to do with the stress or the workload, but I’ve always wondered. He was a real go-getter, a great friend, and I miss him to this day. I could tell plenty of stories about Jimmy and what a genius he was despite his young age. I will tell you this: If heaven has yellow lines on their parking lots, Jimmy Allison painted them.