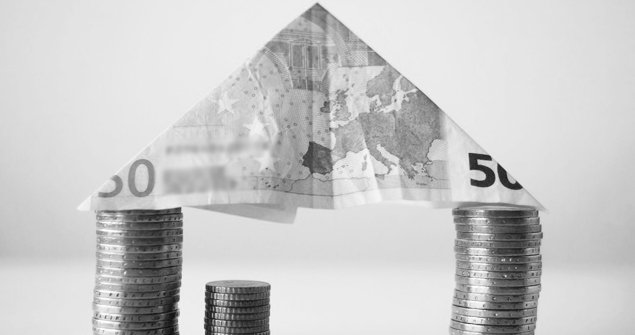 Eventually, I sold the land for what I paid for it and recouped my $3,000 down payment. I made a mental note; “It’s hard to get raw land to pay for itself.” Simply put: I needed money. I was broke until I sold the land and got my $3,000 down payment back, plus I sold the Powhattan Condo for another $12,000 worth of profit. $15,000 was more money than I’d even seen in one place in my life! To me it was the world, and I was dancing on top of it. The ink wasn’t even dry on my deposit slip when I learned two new real estate words to add to my vocabulary. The words were balloon payment. Yep, repeat after me: ballooooonnn paaaaaymeeeent.

Mortgage companies were scrambling to get out of certain types of loans, and condo loans were at the top of their list. Apparently, the balance on my first condo note was due immediately. I barely had enough to cover the call. Luckily, I had been making extra principle payments during the good times so I had decreased the balance radically. Despite my good pay history, no one would refinance me. It took everything I had to pay them off. Rich one day then broke again the next. But at least I had one condo free and clear.

Although the experience of feeling loaded with cash was brief, I liked the feeling of having a large bank account. My thoughts were racing when I came to the conclusion that if I sold my first condo for what I’d paid for it I would have $28,000 back into my account. No problem I thought. Wrong.

I didn’t know how lucky I was to sell the Powhattan condo. The recession of the 80’s was in full swing. It seems that condos were worth about half of what they’d been, and I couldn’t sell it for any- thing close to what I had in it. Now I knew why no one would refinance me. (I was a little slow back then.) It didn’t help that my condo association fee went up. Then, when the tenant skipped out, I moved back in. Since I’d paid it off, all I had to pay was the monthly condo association fee, which was only $135 per month at the time. I was sick that my investment had decreased in value so drastically, but living cheap wasn’t so bad. After checking out the apartment rates, the decision to move back into my old condo was real easy.

I made another mental note: When a recession hits and/or in- terest rates go up, fewer people can qualify to buy properties. As a result, rents go sky high. In the simplest of terms, if the market ain’t buyin’, they’re rentin’ (or they’re owner financing). This is perhaps one of the most important lessons I’ve ever learned concerning the economics of cash flow properties. In the years to come this simple truth will save my buttocks more than once. It bears repeating; if the population is not buying, they are renting…or they are buying via “Owner Financing.”

During the recession of the mid 80’s, I kept bartending at night, and during the day, I took a job working for a pair of judges who had an on-going real estate law practice. Did I mention that I worked very hard when I was young? I always had a day job and a night job. (I’m not saying that’s right but that’s what I did). These two judges owned about forty low-income rental units. Did I say low-income? What I meant to say was low, low, low-income rental properties. It was there, at that job, I learned some of the most valuable lessons in real estate.