Doing the work is just half the battle… You have to collect your money. 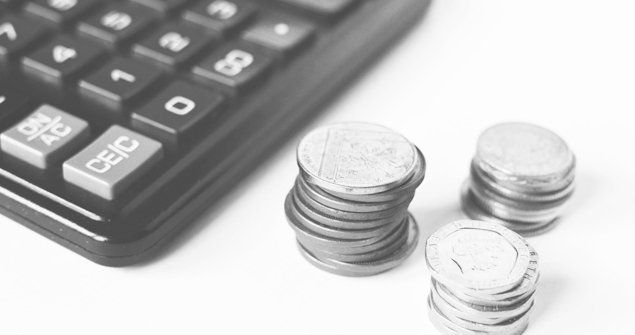 Shortly before I plunged into entrepreneurship, I was fortunate enough to be able to ask a very successful builder a few questions about starting a new business. He informed me that most businesses fail in the first two years due to lack of work ethic and/or lack of money (under capitalization). He also told me that my life wouldn’t be my own for the first two years if I were going to make it work. I was about to learn exactly what he meant. To this day, I always seem to underestimate the start-up costs and the time it takes to establish a new business. (Hey, at least I’m honest about it!)

No one in San Antonio would talk to me about the striping busi- ness. I needed to know what type of machine to buy, what type of paint to use, how to bid jobs, etc. And the thought of actually paint- ing a straight line on the pavement terrified me. What if I painted this ugly, crooked line on someone’s parking lot? Finally I called some guys in Austin, Texas, and offered to work a week for free if they would teach me a little bit about the business. I promised not to do any work in Austin in return for their consulting. They had me painting straight lines in no time. When that week was over, I returned to San Antonio and purchased my first machine from the Perry Shankle Store with the money I’d received from selling my drum set. Every now and then, I’d be asked to go to Austin and do a job. True to my word, I never did any work in Austin, even after I’d lost track of the guys I‘d made my promise to.

Business was good, but the dang construction companies took their sweet time paying me. Entrepreneur Magazine forgot to men- tion collection problems in their articles. I had to pick up some kind of part-time job so I could afford to buy the paint and gasoline I needed while I waited to get paid. Doing the job was one thing. Get- ting paid was another. The lessons were coming at me quick but I liked it like that. I was learning more per month about real life business than I could have learned in a year of college. For the first time in my life, I could actually feel myself growing intellectually.

I ended up taking a bartending course so I could get a part-time job as a bartender. I needed a job that paid me immediately so I could mitigate the time between striping pay days. Bartending seemed to fit the bill.

I got fired from my first two bartending jobs (both times on the first night). The bartending institute did a great job of teaching me the ingredients of all the drinks, but they forgot to teach us how to run a cash register. What kind of deal is that? I’m just thankful it was bartending and not flying lessons.

me: Mitch to Tower. Do you read me? Over. tower: We read you loud and clear, Mitch. Over. me: Request permission to land on runway 3. Over. tower: Runway 3 is clear for landing. Over.
me: Tower, I have one small problem. Over.
tower: State your problem. Over.
me: The jerks at the “Institute of Flying” forgot to teach me how to land.
tower: Copy that. They only teach people how to fly. We’ll notify the fire department and the ambulance crew. You’re clear for landing. Over.

Nothing’s ever as easy as it looks. There’s always more than meets the eye.

After a short stint at the cash register institute, bartending was great! I was 21 years young, loving the nightlife, and making $100 to $150 per night, four nights a week. I was in the hottest bar in town, The SK Stampede. An eight-hour shift passed like a ten-minute roller coaster ride: fast and furious, with no time to look at your watch. I’d leave the bar at 12:00 or 2:00 a.m. and go stripe parking lots while they were still empty. Before I knew it, the sun would be coming up—and that’s how I liked it. To this day, I have trouble looking at my watch when I’m working.

I bought my first property about that time. It was a one-bedroom efficiency condo that the seller financed for me. It cost $28,000 with $2,000 down. Shortly after I put my John Henry on the papers, I was a man about town. I had my own business, my own car and my own place. Not bad for a twenty-one year old I thought. Life was good!

I quickly took on a partner in the striping business. On that fateful day, I’d spent half the morning broom sweeping by hand just a fraction of a lot I intended to stripe. Then this stranger walked up from out of nowhere with a blower on his back and finished clean- ing the rest of the entire parking lot in ten minutes. He showed me how to use the blower, and I showed him how to put a stripe on the ground. That was the beginning of my partnership with Jimmy Allison. Jimmy was even a few years younger than I was. He had wild, curly, red hair and freckles and, together, I suppose we looked like two outcast members of Spanky and Our Gang. Many of the construction foremen didn’t take us seriously when we’d ask to bid on their jobs but, eventually, we’d striped every parking lot in San Antonio, no joke. Jimmy and I became the best of friends and we worked like you’ve never seen two guys work in your life.

We did the regular business stuff during the day like banking, sales, collections, bidding, etc. At night we would stripe our butts off. Mitchell Striping was pounding out the work but, just like before, the money was fast going out and slow coming in.

Once we got called into Frost Bank by then Vice President, Ken Herring. We thought we were going to get a loan or something good like that, but it turned out much different. When we got to Frost Bank we were met by none other than the FBI.

As I’ve mentioned, the huge companies we worked for took their sweet time paying us. First it would be thirty days, then sixty days, then ninety days. The slow pay was killing us cash flow-wise, so we started getting creative. Texas State Bank’s daily clock ticked over at 3:00 p.m. but Frost Bank’s clock didn’t click over until 4:00 p.m. So, we started making deposits at Texas State Bank before 3:00 p.m., and then we’d take the money back out at 3:30 p.m. and run the funds over to Frost Bank and deposit it before 4:00 p.m., just to float payroll.

Those badge waving men in suits scared us to death until I caught my account rep trying to contain his laughter outside the fish bowl office. When I caught the agent himself trying not to laugh I assessed that they were just giving us a little scare. I didn’t let on, but I knew we weren’t in any real trouble at that point, so I played along, letting them have their fun with us. They knew we didn’t mean any harm. In our young, naïve, business minds we thought we were being smart, creative businessmen until we could get paid. You know, if it feels wrong…it probably is.

Cash4Houses.NET has been purchasing properties in and about San Antonio, Tx since 1996. It takes commitment and integrity to be in business for 20 years! We are proven and professional. We strive to close your sale quickly and efficiently...and we have the funds to actually BUY your property!
View all posts by Cash4Houses.NET →

"Quite often investors are willing to pay cash for a home and with the recent tightening of financial restrictions, coupled with the growing number of complaints about low appraisals, having a cash buyer has become even more appealing."

"Nearly 4 million Americans are more than 60 days behind on their mortgage, and countless others are only a paycheck away from missing a mortgage payment. You're not alone. "  That's why we're here, to help home owners like you when you need it most.